How Do I: Do Legal Research?: Case Law

How to search for legal cases and materials, without being a lawyer.. 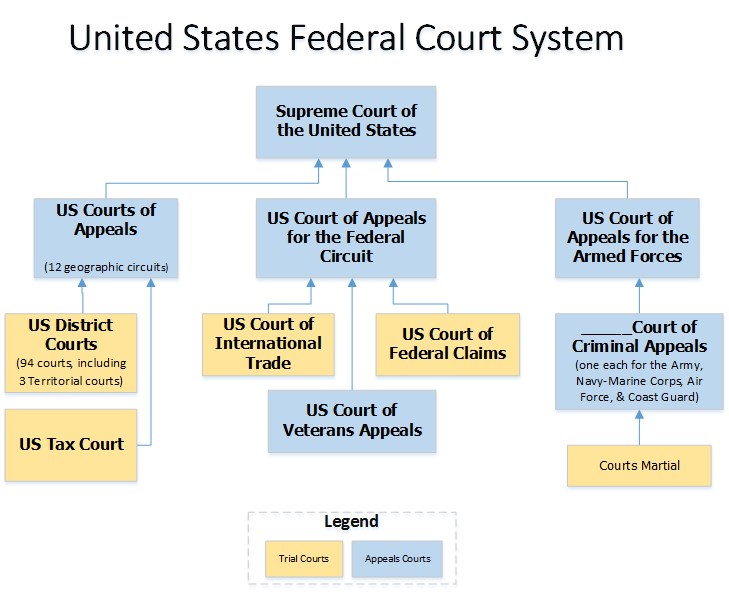 Case law--also called 'opinions' or 'decisions'--comes from the written resolution of the issues in dispute, and is written by a judge or judges. It is not a jury verdict. (Juries decide facts; judges decide law.) Cases come from courts: trial courts, intermediate appellate courts, and appellate court of last resort, often called the “Supreme Court.” There are also specialized federal courts (Bankruptcy, Tax, Military Appeals, etc.) On the state level reported, or published, opinions generally come from the appellate courts, not the trial courts. On the federal level, some trial court (District Court) cases are reported. But, in a jury trial, there is nothing to “report” except a verdict.

Just to complicate things, for various reasons not all opinions from federal district and appeals courts are "published" in the official reporters. They may still be available in LexisNexis, WestLaw, or West's Federal Appendix, but are not generally considered to have precedential value.

Courts in the United States adhere to stare decisis, which means that courts respect and usually follow the precedent of previous decisions. However, a court does not have to follow a decision that is not binding precedent. Generally courts will follow the decisions of higher courts in their jurisdiction. Therefore the effect of a court's decision on other courts will depend both on the level of the court and its jurisdiction. A decision by the United States Supreme Court is binding precedent in all courts.