This Research Guide will outline the current and past displays, exhibits, and events featured at Marshall University Libraries, including those from Drinko Library, Special Collections, Government Documents, and the South Charleston Library. 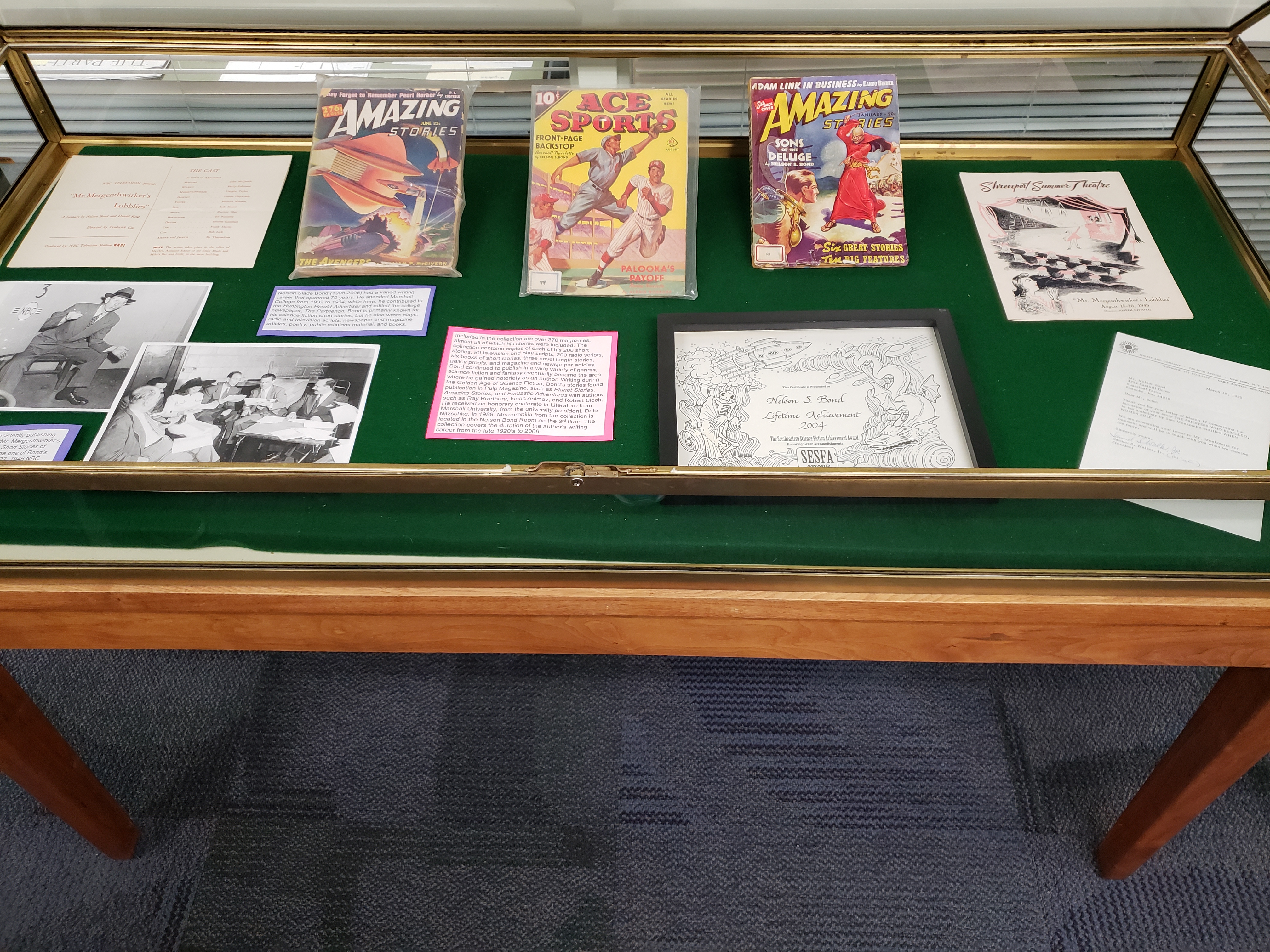 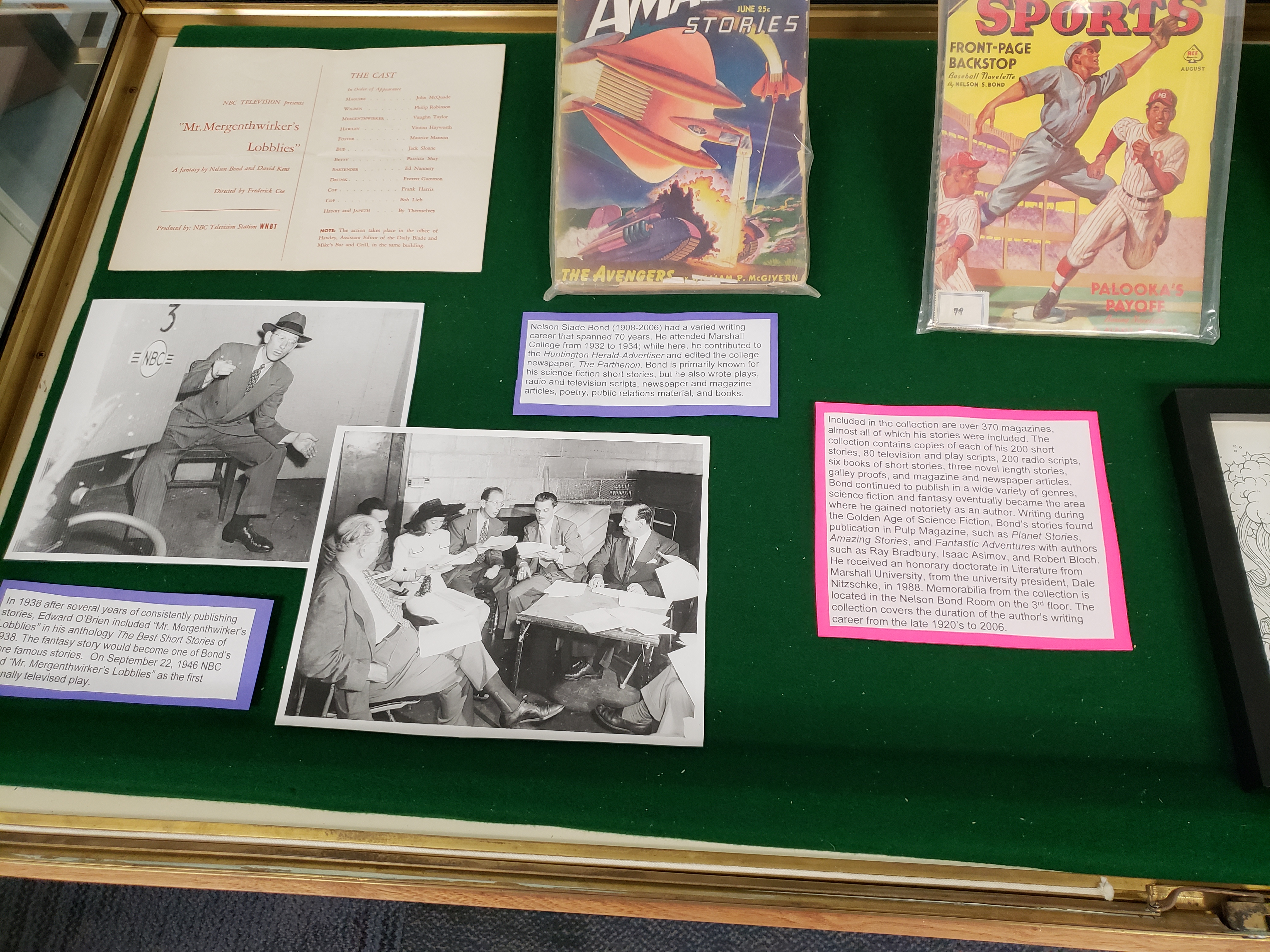 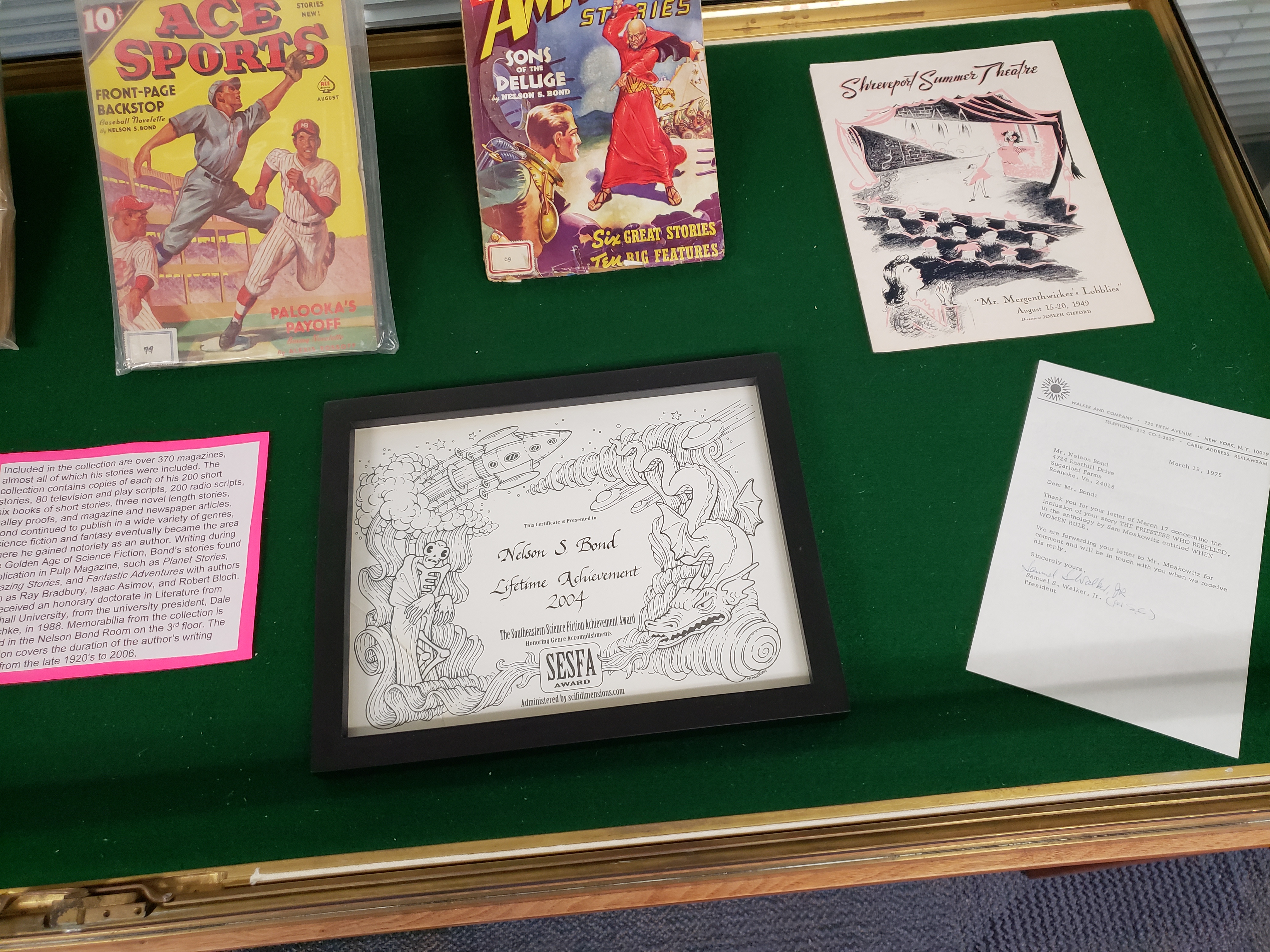 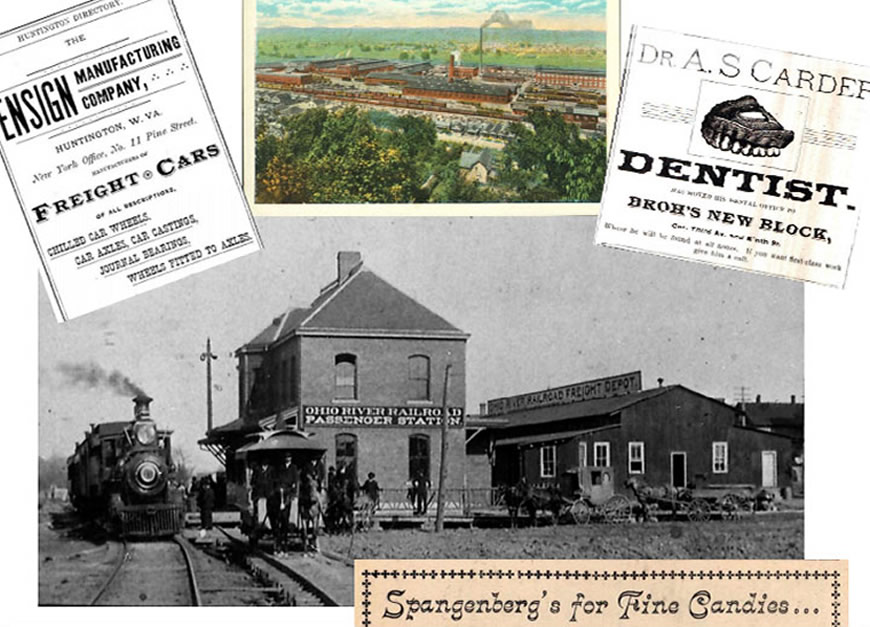 In the post-Civil War period of 1871 to 1900 the newly formed city of Huntington boomed in population and industry. Both immigrants and migrants alike flocked to the growing city which offered not only a fresh start and job opportunities but also educational opportunities such as the local Marshall College. This city’s strategic placement was ideal in that not only was it the halfway point between Pittsburgh and Cincinnati, but it was also connected to the rest of the country by the growing railroad and the great Ohio River. These factors allowed for businesses of every want and need to develop, from cigar stores to undertakers, from livery stables to confectionaries, from used piano and organ stores to liquor stores. This e-book exhibit by Marshall University’s Special Collections Department highlights 150 of these early businesses. 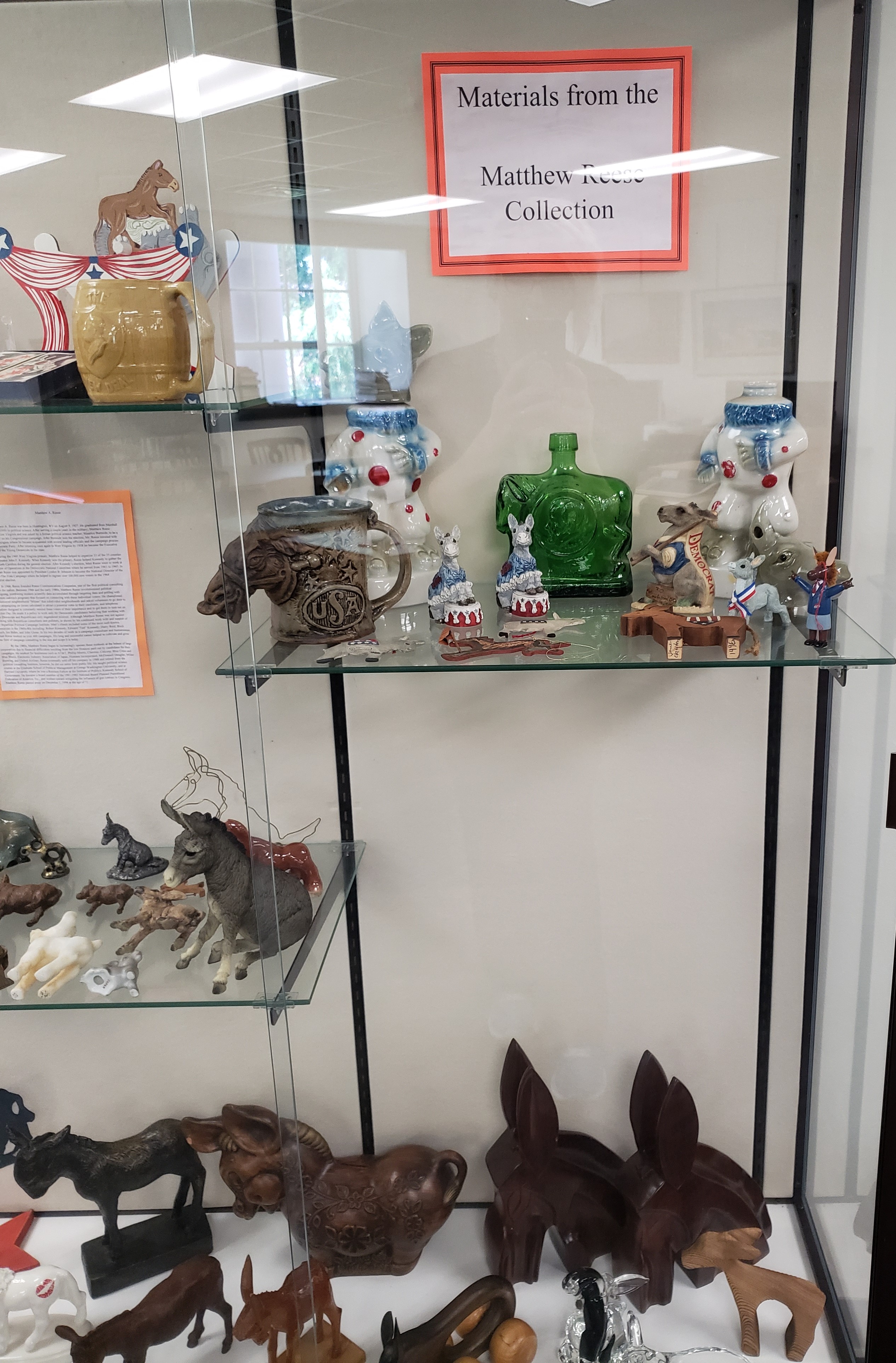 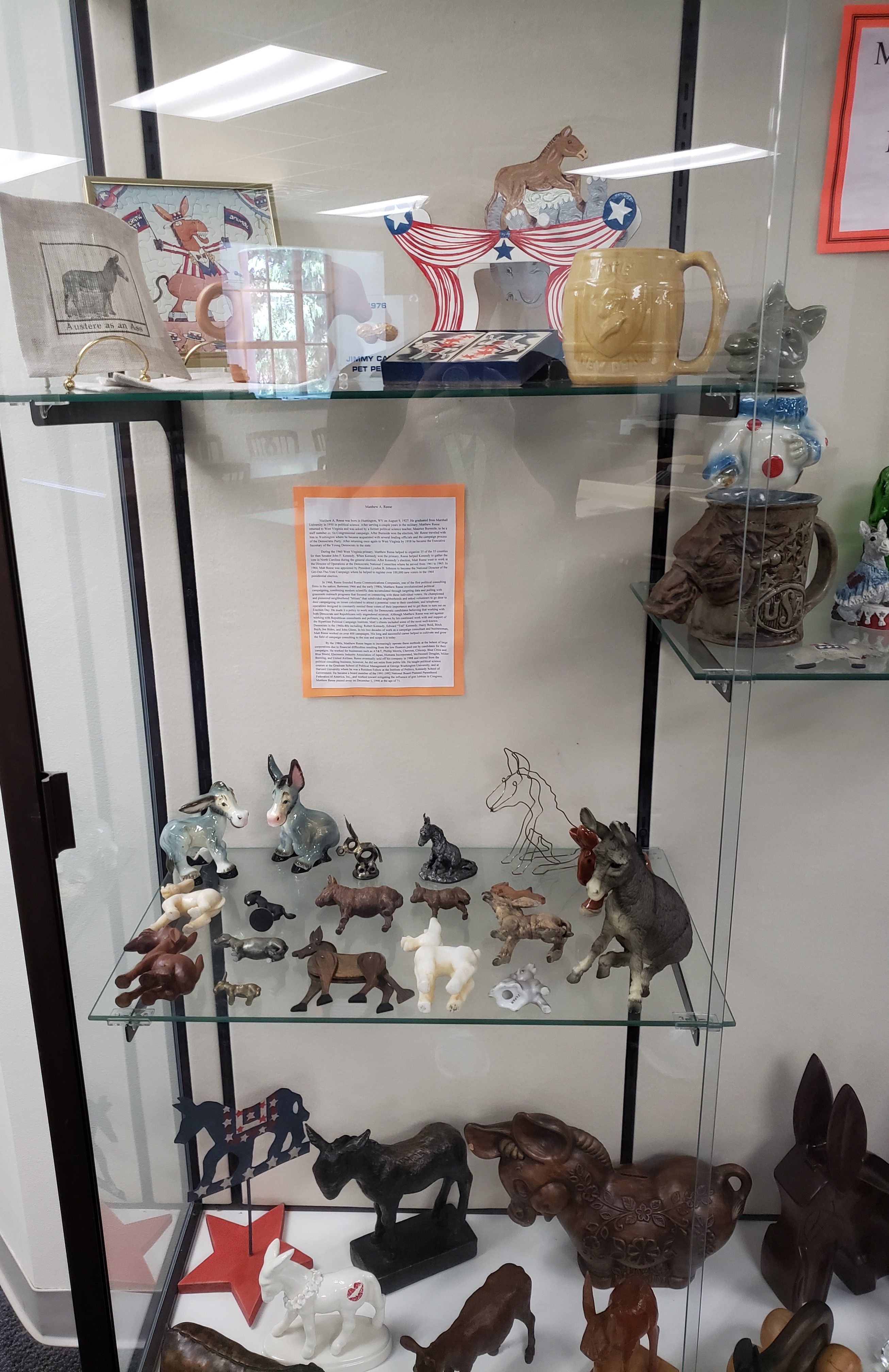 The Matthew Reese Donkey Display is located in the Special Collections Department at the James E. Morrow Library on the Second Floor in the Reading Room. It consists of a variety of donkey figurines collected by Huntington native and political consultant Matthew A. Reese. These donkeys were collected over Mr. Reese’s two decades in the political consulting field, and after his retirement in the 1980s. Matt Reese worked on over 400 political campaigns throughout the United States and internationally; often managing campaigns for both local assemblyman and presidential candidates within the same campaign season. Mr. Reese was one of the first pioneers of political consulting and his business Reese Communications Company became one of the leading Democratic consulting firms throughout the 1960s-1980s.

Within his collection are over fifty figurine donkeys ranging from as small as a couple inches to well over a foot in length. They are of various materials including wood, metal, glass, ceramic, cloth, plastic, paper, and leather. Included within the collection are some notable figurines: two large wooden book ends in the shape of an abstract head of a donkey, two donkey-headed clown figurine decanters, a large Democratic mug with a donkey head protruding from the cup and a tied up Republican elephant within the cup itself, a long metal wire molded into the silhouette of a donkey, a series of cloth drink coasters with donkeys on them, a green glass bottle in the form of a donkey with the democratic nominee for 1968, Hubert Humphrey, molded on one side. 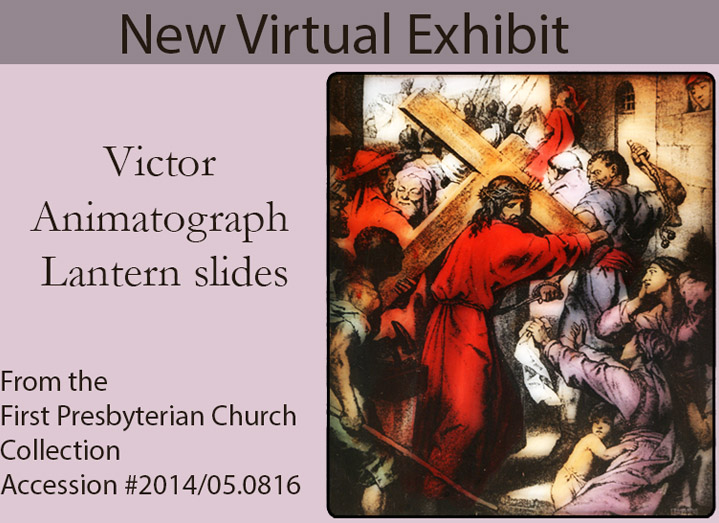 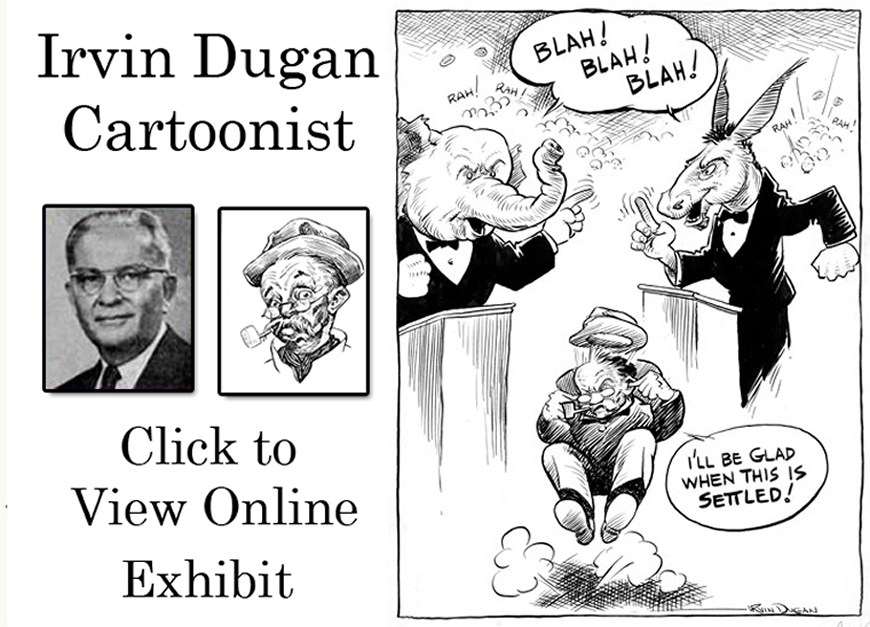 Irvin Dugan (born James Irvin Dugan) was born in Guyandotte, West Virginia, on February 8, 1892, the son of James and Lizzie W. Dugan. After receiving his early art instruction in Huntington, W.V., public schools, he studied at the Chicago Academy of Fine Arts and the New School of Design in Boston. During World War One he worked as a draftsman for the Navy in Portsmouth, Virginia, where he married Anna Berry in 1919.  He returned to Huntington to work for an engraving firm, and in 1927 joined the Huntington Publishing Company as staff artist, his work appearing mainly in the Huntington Advertiser and the Sunday combined edition, the Herald Advertiser.     His alter-ego in the cartoons was “Adam Goodfellow,” who was easily recognizable by his glasses, corn-cob pipe, and flowing white mustache. Dugan explained, “Since he was ‘short of stature and long on wisdom’ like Adam in Shakespeare's ‘As You Like It,’ I gave him that name.” Adam appeared in nearly every political cartoon he drew from 1927 to 1957.      Dugan would think about a cartoon the day before, sleep on it, and then draw rough sketches for his editor’s approval. He spent the rest of the day working on the final ink drawing. In Huntington he championed such city improvements as the flood wall, one-way streets downtown and a new airport. His drawings supported the war effort during World War II. He was an avid fan of local public and higher education, and had a special love for the  athletic teams from the area schools.     He was blind in one eye from his youth, and in 1950 he developed a detached retina, which plunged him into darkness. In a then-new procedure his good eye was repaired, but he was absent from the Huntington newspapers for fourteen months. A colleague wrote, “When Adam dropped from sight, Dugan dropped from Sight. And sight dropped from Dugan...but Dugan fought back. ‘Dugan’ is a fighting name—and a fighting man. When an artist wins a fight it ends in a ‘draw’.”     His drawings were displayed at the 1939 New York World’s Fair and the 1939 Golden Gate Exposition in San Francisco.  They also are part of the permanent collections at the Princeton University Library, the Huntington Library at San Marino, California, and the Albert T. Reid Cartoon Collection at the University of Kansas Journalism Historical Center. Several of his cartoons were nominated for the Pulitzer Prize.      Upon his retirement from the Huntington Publishing Company in 1957, he moved to Phoenix, Arizona, where he worked for nine years retouching photographs for the Phoenix Gazette.      In 1974 Irvin Dugan donated his collection of drawings, as well as newspaper clippings, correspondence and other printed materials to the Special Collections department in the University Libraries at Marshall University. He sent additional items, including two scrapbooks, in 1979.     His wife Anna died in 1980; Irvin Dugan passed away in Phoenix on March 17, 1982, at the age of ninety.