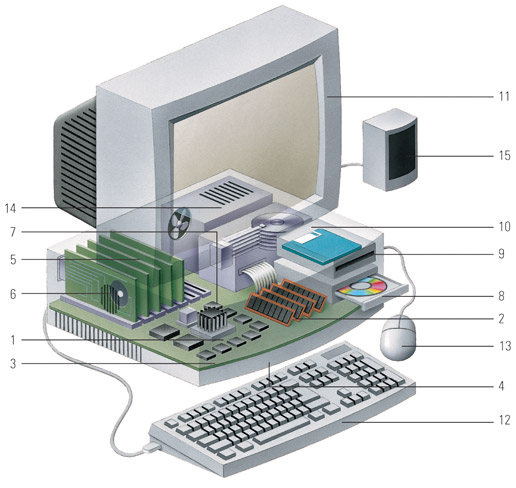 The component parts of a notebook computer. Although as powerful as a microcomputer, the battery pack enables the notebook to be used while travelling. (Image © RM)